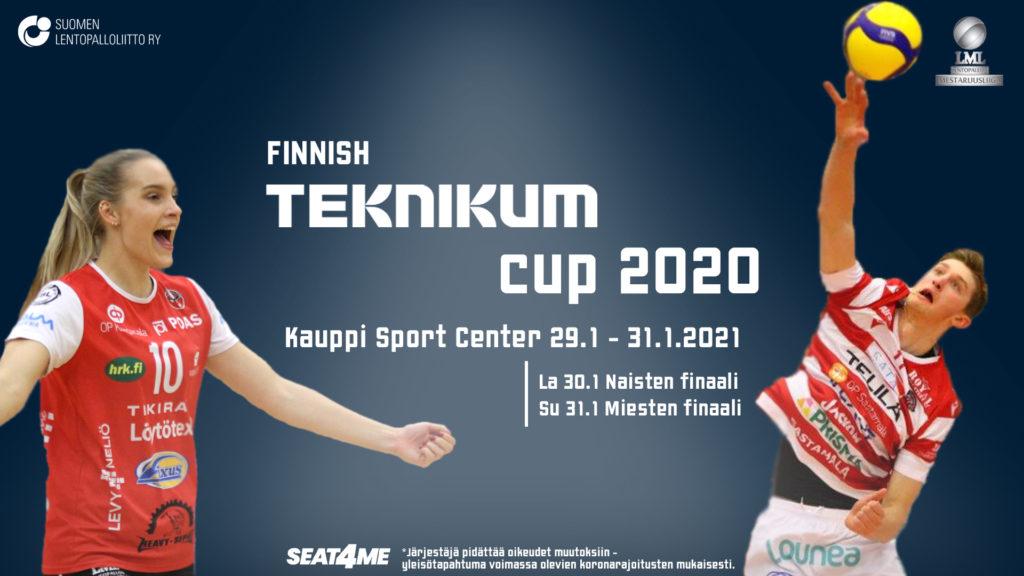 The Finnish Teknikum Cup 2020 finals will be played on 29-31. January 2021 at Tampere Kauppi Sport Center. The reigning volleyball cup champions are the men’s club VaLePa in men and LiigaPloki in women.

Final Four teams will be announced in January. Teams LP Kangasala, LP Viesti and Pölkky Kuusamo are already certain in women and Akaa-Volley in men.

Yle televises the final matches. Tickets are sold by Seat4Me.

Note! The Teknikum Cup Final Four will be held while taking into account the Covid-19 restrictions at the time of the tournament.