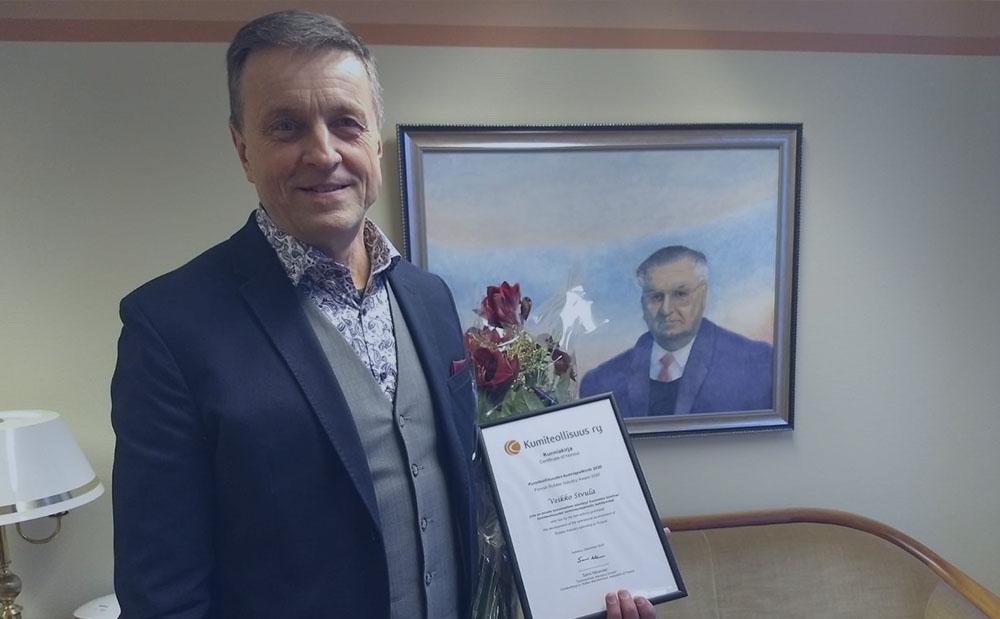 Teknikum’s Veikko Sivula was awarded the Honorary Award 2020 of Rubber Manufacturers’ Association of Finland in recognition of his long-term work in developing the operating environment of the rubber industry in Finland. Mr. Sivula is a strong expert who cares about the skills of the younger generation and passes on his own know-how to the next generation.

Mr. Sivula has had a long career in the rubber industry since 1978, working as a production employee at Kumijaloste Oy in the beginning and as acting CEO by 2004. In the 21st century, Mr. Sivula’s handprint has been strongly reflected in the development of production and sales at the company’s Finnish plants. In Teknikum’s internationalization, Mr. Sivula has played a significant role in the start-up of the Chinese plant as well as in the sales and sales support of molded products. As his latest project, Mr. Sivula led the Talankylä contract manufacturing line project.

Mr. Sivula is retiring in the spring after a long career and is currently sharing his know-how over the years with younger generations. In connection with the award ceremony, he emphasized the importance of this work so that future professionals can gain a better pace in modern working life. Mr. Veikko Sivula, if any, has the knowledge and skill to share.